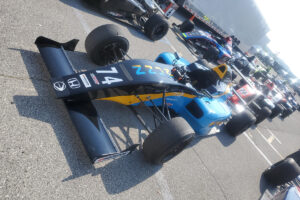 Located in the Southeastern part of the country, Momentum Motorsports is located trackside at Carolina Motorsports Park and is only a short drive away from many of North Americas top motorsports. While some locations are close to home, Momentum travels to major venues across the United States for both test and race events. 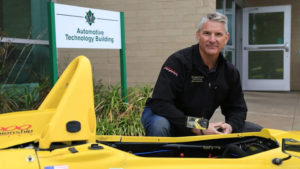 From Motocross to Formula Ford and Formula Continental, Phil Picard was not only a racer and a race team owner but also holds an Automotive Engineering Degree and two open wheel championships. Outside of the racing world, Phil consults and trains automotive manufacturers such as Volkswagen, Honda, Volvo and Kia. With a background in both technical and driving skills, Phil is more than just your average race team owner, he is involved in every aspect to ensure that his drivers have the best chance possible to learn and garner the results that they deserve.

Throughout its history, both the SCCA and SCCA Pro Racing have had a desire to grow open wheel racing here in North America. Their support of the F1600, F2000, Formula Lites and Formula Atlantic programs has kept these classes at the forefront of open wheel motorsports, both at the club and pro level. Looking ahead, the SCCA sees FIA F4 as a means to modernize entry-level open-wheel racing for participants starting at age 15, around a contemporary, cost conscious formula. The SCCA has chosen partners that embrace these ideals and can support this vision with appropriate technology and products.

The selected F4 powerplant is based on the engine currently used in the Civic® Type R® recently launched in Europe, detuned to meet FIA-mandated output of approximately 160 Hp. The engine and the ECU will be sealed to help with parity and compliance. The F4 chassis is a modern, robust, and highly capable chassis that is conducive to exceptional performance at various engine power levels. Both the engine and chassis will meet FIA homologation requirements. New Formula 4 tires have been developed specifically for junior single-seater racing by Pirelli engineers in Milan and incorporate learning from Pirelli’s participation in Formula One and feeder categories GP3 and GP2.

For more information on the series, see their website at www.f4uschampionship.com.

The FR Americas Championship Powered by Honda offers young talent the opportunity to demonstrate their skills on an international platform while keeping affordability and safety as key elements of the program. Having the FR Americas chassis manufactured in the United States by Onroak Automotive, the Honda Civic Type R motor built in Anna, Ohio, and the Hankook tires marketed and distributed out of Nashville, Tennessee, aids in affordability and availability.

Stepping into the FR Americas series builds upon the progression offered from the F4 U.S. Championship both on and off the track. With driver training, unmatched affordability and strong manufacturer support, competitors can grow and succeed into the higher levels of motorsports.

FR Americas offers plenty of track time for drivers. Race meetings will offer three 30-minute races with qualifying and two 30 minute practices built into the race weekend. Altogether, the drivers have around three hours of track time available per race meeting, allowing them to increase their experience in open-wheel racing.

One of FR America’s greatest strengths, compared to other young driver categories, is the analytical work that must be carried out by the drivers in cooperation with their engineers. The series is a spec series, allowing multicar or single car teams the same opportunity of success with capped costs; however, the cars allow for significant setup adjustments, which increases the drivers’ technical knowledge and gains experience required for moving up the open wheel ladder, whether with a large or small team.

For more information on the series, see their website at www.framericas.com.

For more information on the series, see their website at www.racefrp.com.