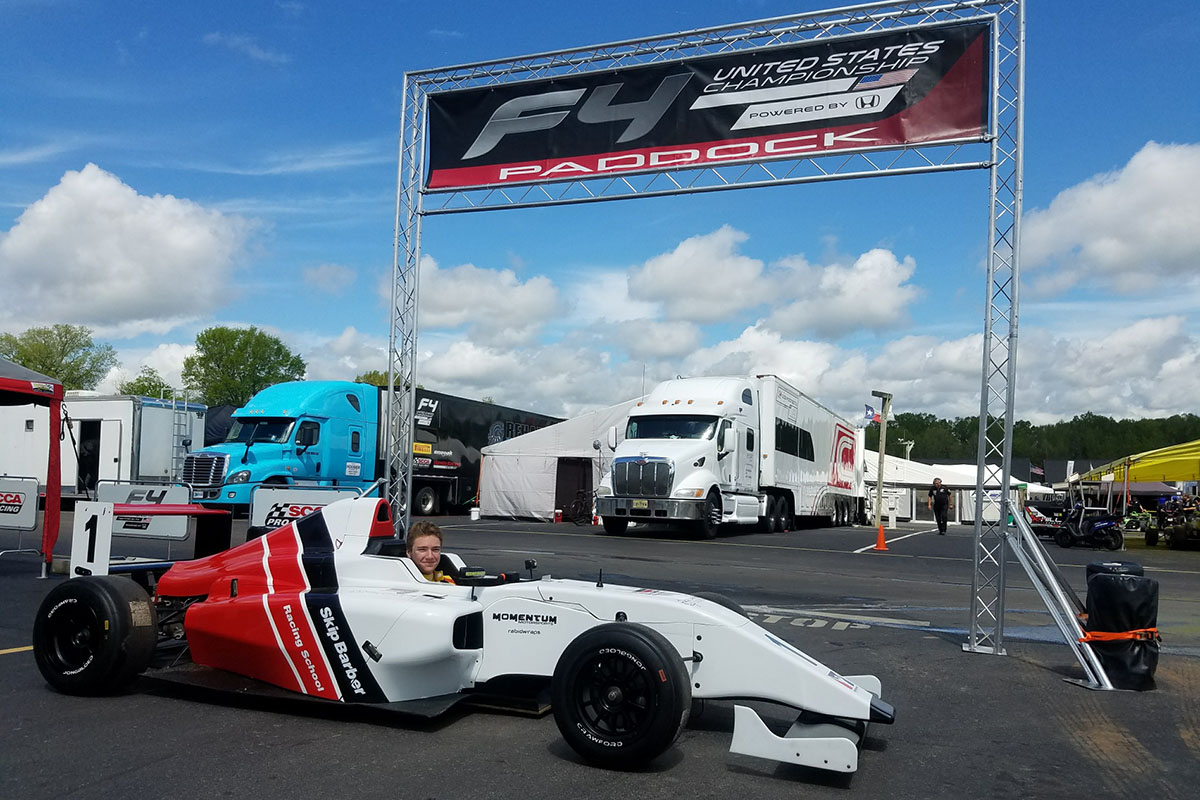 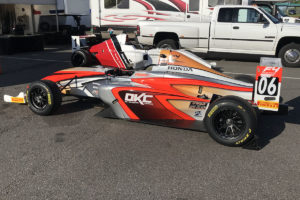 Showing great pace in the Skip Barber Momentum F4 machine at the Virginia International Raceway (VIR), Kent Vaccaro and his Montgomery, New York based squad are looking towards the top step of the podium this weekend at Road Atlanta. Making the trek south to compete in rounds four, five and six of the F4 United States Championship Powered by Honda, Vaccaro will be joined by new teammate Jake French as the the Skip Barber Racing School backed program will be aiming for the top step of the podium.

“I am really happy to join an established program,” stated Jake French. “The first event weekend was difficult for us as we did not use an engineer, data guy or anything and tried to work as a family operation. Phil and his guys at Momentum helped us out a ton and for that we will be ever thankful. Joining forces with them was an easy decision and I can’t wait to get started this weekend at Road Atlanta.”

Picard added, “Jake is a strong driver and needed some help at VIR. We meshed really well and the conversation to join for the remainder of the 2018 season was a no brainer. While our results from the opening weekend of the series may not have been what we wanted and deserved, we made huge progress forward with Kent and were able to aid Jake in his efforts. We really worked on our engineering program in the offseason and came into 2018 with a renewed focus and increased energy and with two drivers, our testing and development program has increased yet again.”

Picard continued, “You have to be brave at Road Atlanta. The long circuit provides for ample drafting and passing opportunities making it a benefit for multi-car programs. With Jake and Kent behind the wheel, we should be able to fight the bigger teams in the series. I can’t wait to get started.”

“I was really happy with the pace that we showed in Virginia,” added sophomore F4 United States Championship pilot Kent Vaccaro. “If it wasn’t for some unlucky circumstances on track, I think we were poised for multiple top-five finishes, and possibly could have been on the podium. I have had a huge confidence boost and will be looking for redemption in Atlanta.”

With very little time off, the F4 United States Championship Powered by Honda will hit the track this coming Friday for official practice. Qualifying will take place Saturday morning ahead of three rounds of wheel-to-wheel competition over the May 10-12 weekend.