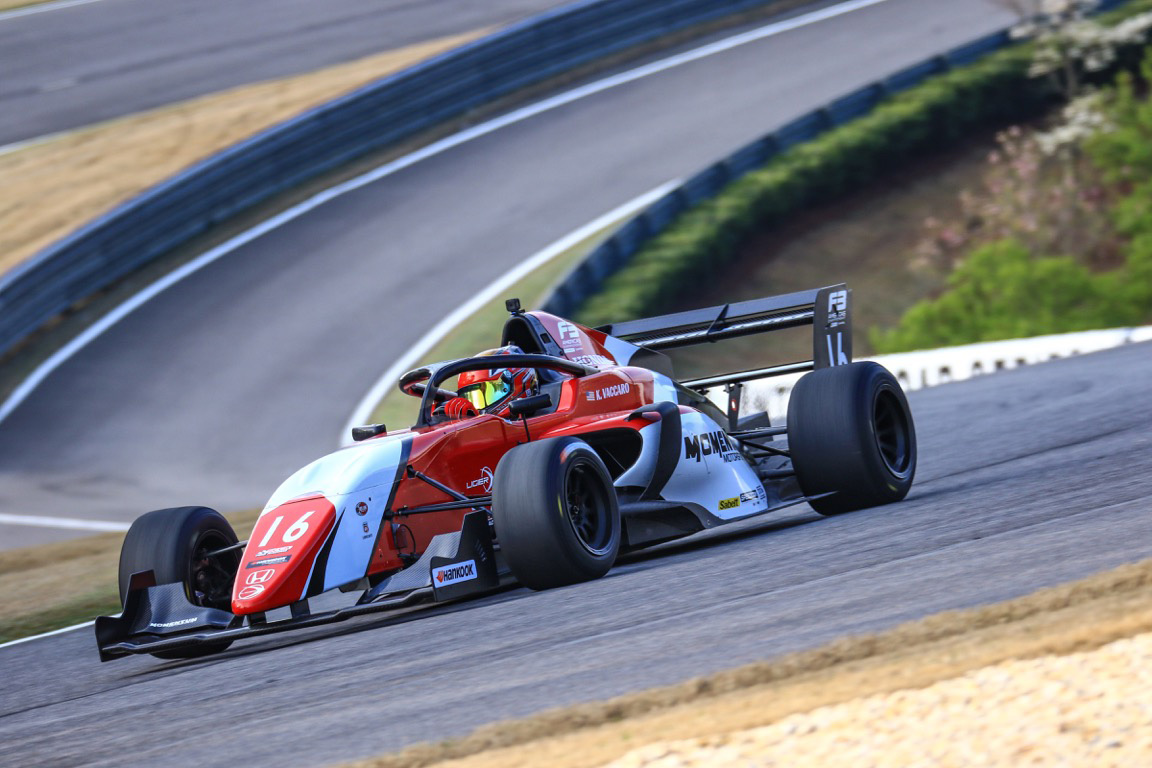 After claiming a podium result with Kent Vaccaro and the race two Hard Charger Award with W Series competitor Shea Holbrook, Momentum Motorsports and both of their drivers are now set for the second event weekend in the F3 Americas Championship Powered by Honda. Taking place at Road Atlanta in Braselton, Georgia, the Montgomery, New York based outfit will look to continue the progression as both Vaccaro and Holbrook will be aiming for the top step of the podium.

“It was a great weekend for us considering all the stress and hard work that we had leading up to the first session,” explained Momentum Motorsports’ Phil Picard. “Literally receiving Shea’s car at the track on Tuesday evening, my guys and I worked around the clock to ensure that everything was ready, and most importantly safe, for the first session on Thursday.”

As the weekend wore on, both Vaccaro and Holbrook methodically marched their way up the results chart. After showing speed in the final practice session, and being caught out in qualifying due to a red flag, Saturday’s race one results were not what the team had hoped for.

Picard continued, “There was a lot of should haves, could haves and would haves, but at the end of the day, results are the only thing that matter. Kent had a solid lap in qualifying that would have put him on the front row, but an on track incident by a fellow competitor forced him to slow down and abort the lap. Shea made a minor mistake and after contact was forced to retire the car from Saturday’s race but on Sunday, we came back better and stronger and it showed on track.”

With the fourth fastest lap in race one, Vaccaro used his outside row two starting position to level up to third on the opening lap as he stalked the leaders for the first half of the race. In a race that featured a drying track with wet weather tires, Kent nursed his tires until the end and closed his weekend with his first career F3 Americas podium result. Holbrook turned her 13th place starting position into a sixth place finish when the checkered flag flew, and, courtesy of the most positions gained during the event, was awarded the Hard Charger Award for race two.

Now, heading to Road Atlanta and with time to prepare the cars to the utmost in perfection, Momentum Motorsports and their two talented drivers are setting the goals high this weekend.

On track action begins on Wednesday with the first of three wheel-to-wheel races taking place on Friday afternoon. Stay tuned to the Momentum Motorsports social media pages for news, information, and photos from the event.