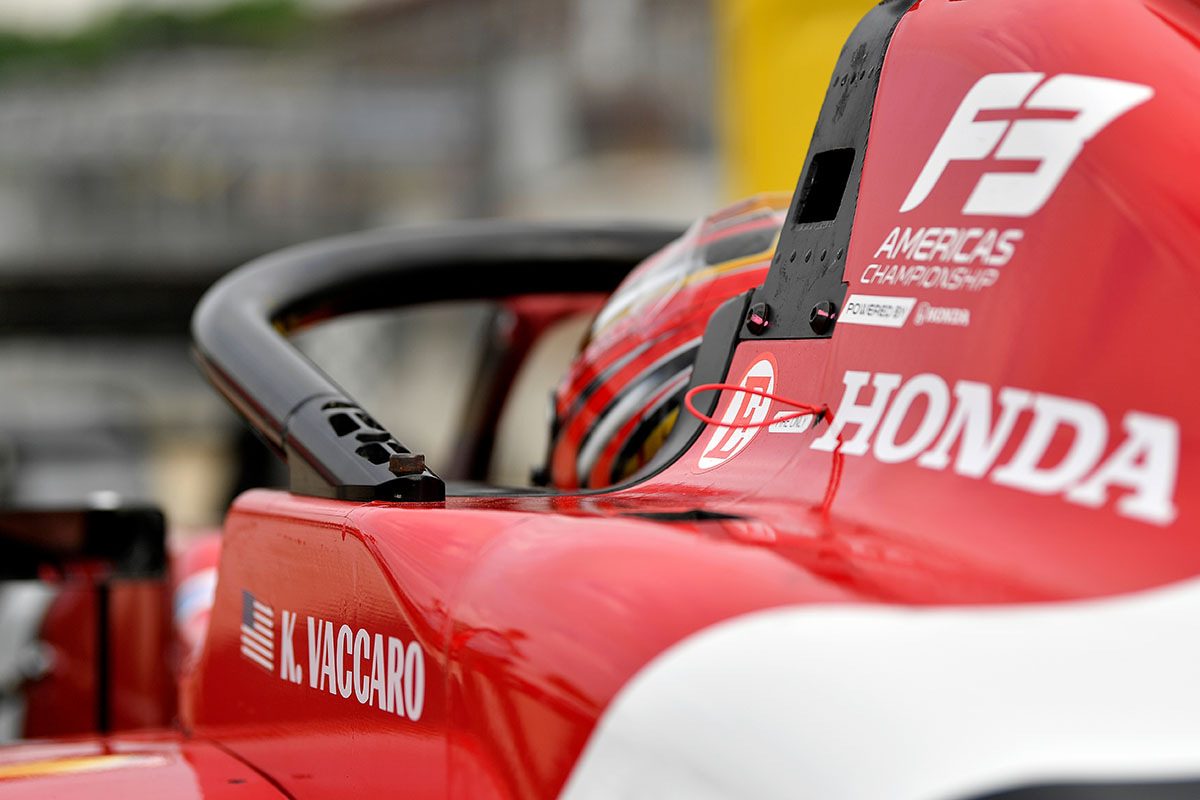 In an upcoming busy race week, Momentum Motorsports is primed and ready for another F3 Americas Championship Powered by Honda event. Taking on the Pittsburgh International Race Complex, three Momentum Motorsports branded drivers will be aiming for the top step of the podium as team regular and series frontrunner Kent Vaccaro is joined by Quinlan Lall and W Series Racing competitor Megan Gilkes in Pennsylvania.

“It is going to be a busy week, but we are prepared and ready to go,” explained Momentum Motorsports Owner Phil Picard. “We are welcoming two new drivers to our program so the upcoming two-day series test is important for us in many different aspects.”

Joining Vaccaro in Pittsburgh will be W Series Racing competitor Megan Gilkes and the experienced Quinlan Lall. Gilkes, a young Canadian female who has progressed from Formula Vee to F3 in less than twelve months and who tested with Momentum Motorsports to prepare for her W Series Racing evaluation process, returns to the United States to make her F3 Americas series debut. Always fast and gaining experience along the way, Gilkes should be a threat by the time the first green flag waves on Saturday morning.

Quinlan Lall will also bring his talents back to Momentum Motorsports after a foray in the European motorsports community. Competing in the Caribbean Motor Racing Championship in 2017 and 2018, Lall has found success reaching the podium on several occasions. Prior to that, Quinlan completed a Rolex 24 Hours of Daytona Test in an LMPC car and was the quickest driver at the test. With experience in European F3, British F3, Spanish F4 and the F2000 Championship Series, Lall has garnered multiple wins, podiums, fast lap awards and has experience in all several forms of motorsports.

Picard continued, “While I expect Kent to be very quick right out of the gate due to his track knowledge and F3 Americas experience, I suspect that Megan and Quinlan will be up to speed relatively quickly courtesy of Kent’s experience and data. From that point, we will be able to push one another and improve as we head towards the race weekend.”

With an official series test taking place on Tuesday, June 18 and Wednesday, June 19, Thursday will be a quiet day before the weekend of competition begins. Friday, June 21 will be the home of two official practice sessions before qualifying and round seven takes place on Saturday with rounds eight and nine commencing on Sunday. Stay tuned to the Momentum Motorsports social media pages for news, information, results and photos trackside from the Pittsburgh International Race Complex.