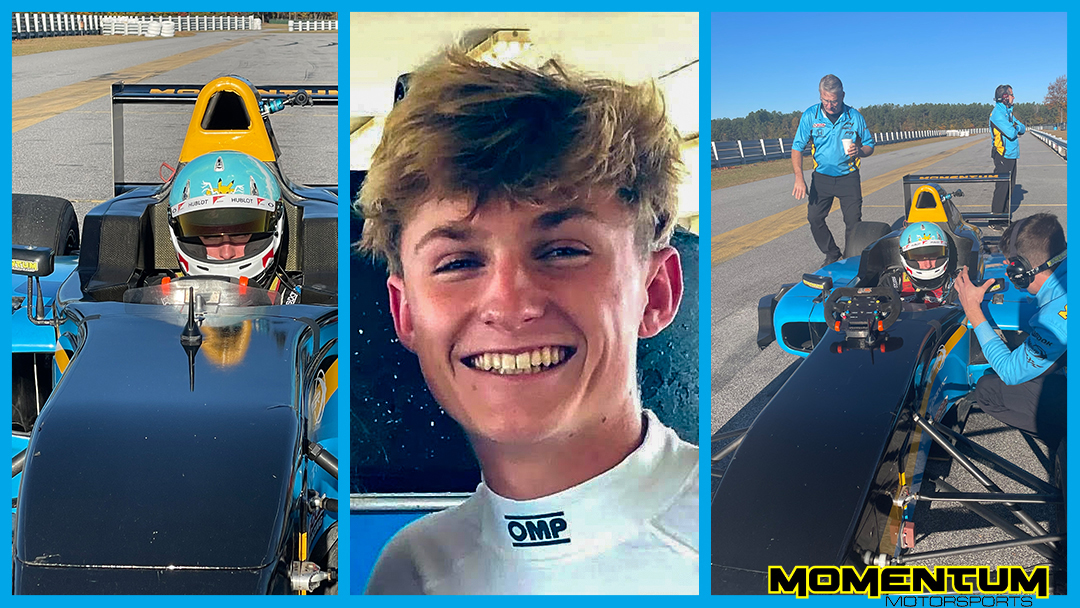 “Dettman will advance from Formula Ford to F4 in 2023”

Absent from the series since 2021, Momentum Motorsports will make their return in 2023 with Indiana resident and multi-time Formula Ford winner, Garrett Dettman. Advancing from the Formula Race Promotions (FRP) program to the F4 United States Championship Powered by Honda, Dettman will make his series debut as he looks to put Momentum Motorsports back on the map.

“We are anxious and excited to get back to the F4 Championship after a one-year hiatus and are looking to do so with a two-car effort,” explained Momentum Motorsports Owner Phil Picard, whose shop is located trackside at Carolina Motorsports Park. “Our first confirmed driver is Garrett Dettman who brings not only knowledge to our program, but also race-winning experience having a very successful 2022 campaign.”

“To have the opportunity to race on the national level is something that I have been working towards for quite a long time,” explained Dettman. “While Momentum was not in the series in 2022, Phil and his guys are motivated to return and return with a vengeance. I look forward to the opportunity, but also the challenge that a new season in a new series and on new tracks will provide.”

A unique competitor with no prior experience or karting at any level, Dettman went from the Bertil Roos Advanced Driving School in 2020 to find the podium multiple times in Formula Race Promotions events in 2022. A graduate of the NASCAR Technical Institute with a degree as an Automotive Technician, Dettman was an intern at Momentum Motorsports but is now set to take off the working gloves and put the racing gloves back on in 2023.

Picard continued, “I watch Garrett race a lot last year as I worked with another driver within the FRP program. For minimal racing experience and track time, he was head and shoulders above his competition and a natural talent behind the wheel. Despite being twenty years of age, I feel that he has a very bright future. He is fully committed to success, and I look forward to seeing what he can accomplish in F4.”

With the first driver now confirmed, Momentum Motorsports is looking to fill another seat as they work toward the start of the F4 United States Championship Powered by Honda season.

With the first event of the 2023 season just over two months away, Dettman and Momentum will officially kick off their season over the March 9-12 weekend at NOLA Motorsports Park in New Orleans, Louisiana.