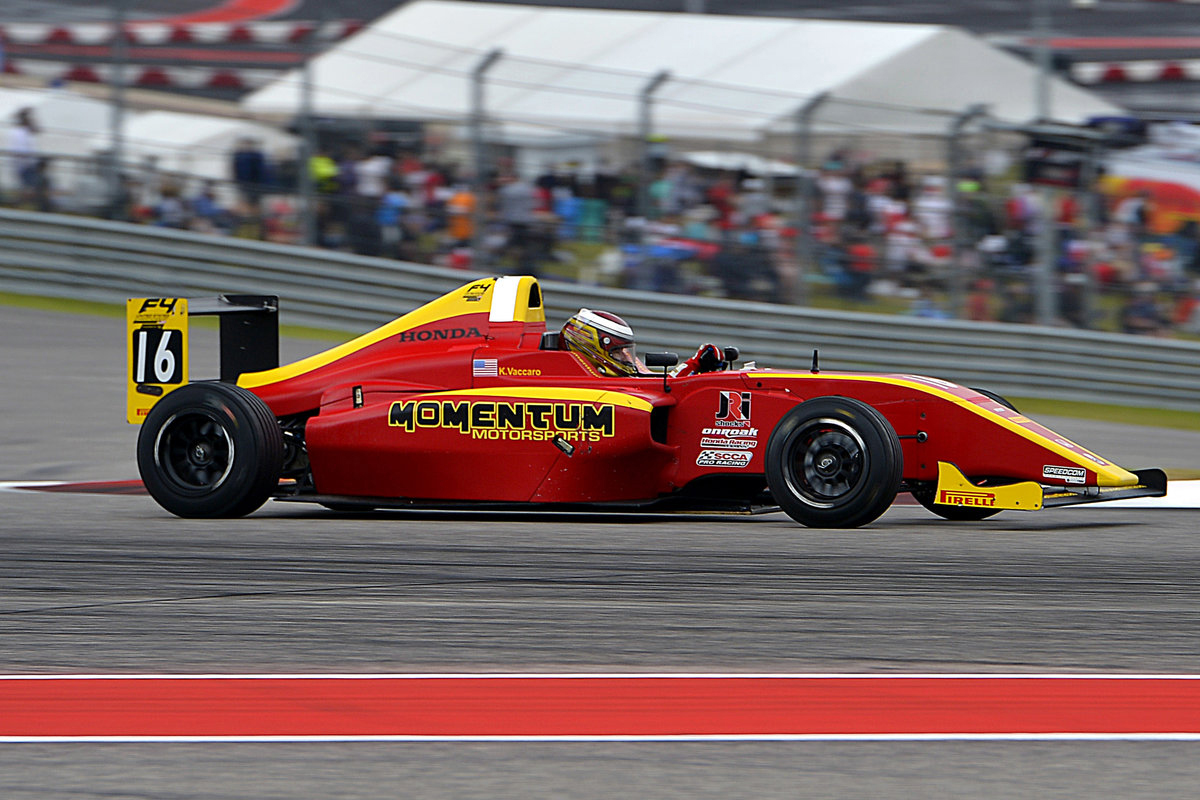 Confirmed late last week, multi-time F4 United States Championship Powered by Honda race winning program Momentum Motorsports will hold an open test for a pair of drivers looking to compete in the 2018 season. With the on track action set to take place February 26 to March 1 at the MSR Houston facility in Angleton, Texas, Momentum Motorsports is offering two drivers to compete in one of the F4 machines for a day and a half each.

“It is a unique way of going about filling our seats for the 2018 season,” explained Momentum Motorsports Owner Phil Picard. “We have had some interest already, but we are not going to stick just any driver behind the wheel. We are looking for drivers who are able and willing to compete in the entire 2018 season, as well as give us the best chances at race wins, podium results and championships.”

Hiring the likes of well-respected car engineer Josh Hurley, the Momentum Motorsports winter development program has been in full swing since the closing event of the 2017 season.

Picard continued, “Our cars have gone over a complete overhaul and have been improved immensely. The progress that we have made in the off season will assure our drivers of race winning cars.”

Drivers that complete the open test with Momentum Motorsports and sign on for the complete 2018 racing season will receive the cost of the test credited towards the season race team fee.

Picard added, “If you are serious about racing in the F4 program in 2018, this is a low risk option for all drivers to get in the seat as well as test with a well-respected program that could lead to a full season opportunity to compete in one of the fastest growing series in the United States.”

Momentum Motorsports requests that all interested drivers contact phil@philpicard.com. Limited spots are available and only drivers who make arrangements prior to the test dates will be permitted on track. Be sure to follow Momentum Motorsports on Facebook, Twitter and Instagram for up-to-date news and information regarding the team and their quest in the F4 United States Championship Powered by Honda.