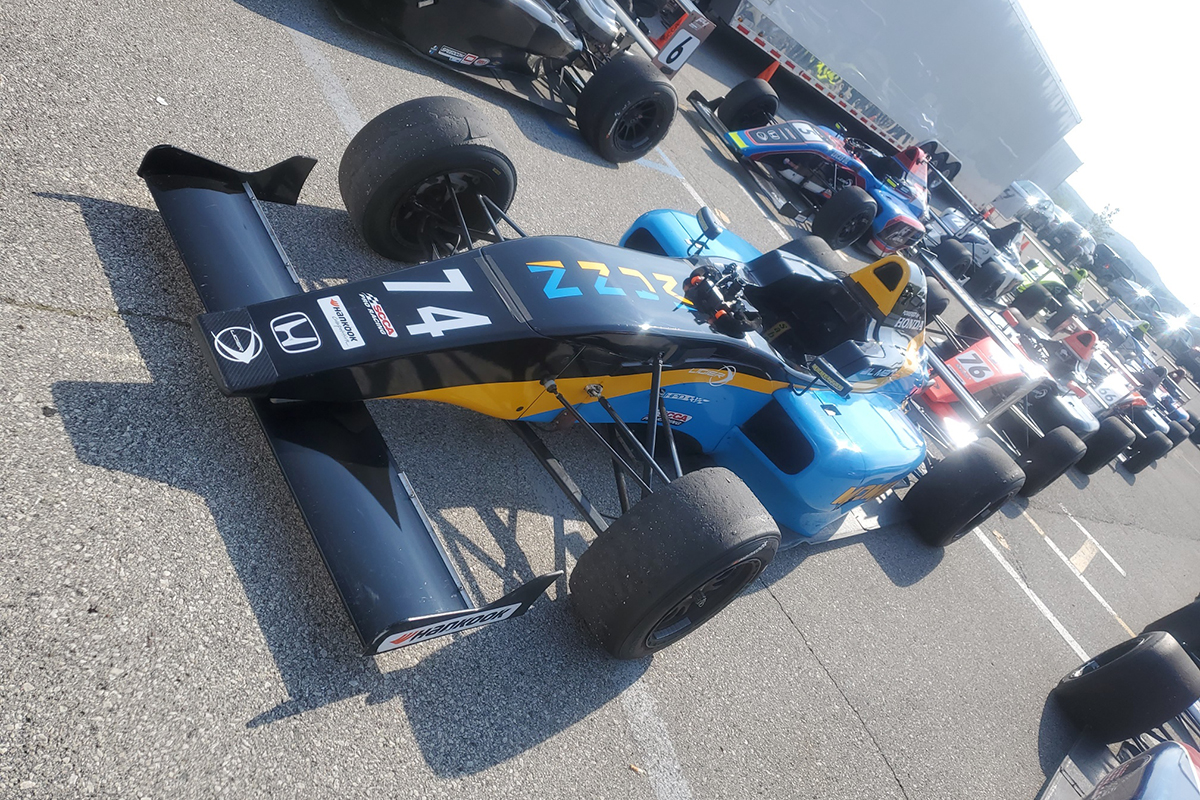 NEW LIVERY, NEW LOOK AND NEW DRIVER FOR MOMENTUM MOTORSPORTS AS THEY RETURN TO THE F4 UNITED STATES CHAMPIONSHIP POWERED BY HONDA

After sitting out most of the Covid stricken 2020 season and moving shops to a trackside location at Carolina Motorsports Park, Momentum Motorsports is set to return to the F4 United States Championship Powered by Honda in 2021. Completing the Rookie Test Day and two-day test at the Virginia International Raceway (VIR) earlier this week, Luke Mann has inked a deal to drive for the South Carolina based program beginning at the first event later this month.

“We have competed only a few days of testing prior to the Rookie test and Luke has shown great improvement from his first day in the car until today,” explained Phil Picard. “The goal for him 2021 is to learn, gain experience and advance and he is doing just that. We have a new look, a new livery and a new driver for this season and can’t wait to make our return to the grid.”

With the first race of the F4 United States Championship Powered by Honda taking place at the famed Michelin Raceway Road Atlanta over the March 26 – 28th weekend, Mann is excited to make his official series debut with Momentum Motorsports.

“In racing, you have to have both short- and long-term goals,” added Mann, who was born in California but currently resides North of the border near Toronto, Ontario. “My short-term agenda is filled with learning, understanding and gaining experience all with Momentum Motorsports. We have a lot of plans in 2021 including additional testing in different cars to gain seat time, but also to visit tracks that I have not been too before. Like any racer, the long-term goal is to be a professional in the sport, but I have a long way to go but will work as hard as needed to try and achieve that.”

Impressing in the Rookie Test this past weekend at VIR, the nit quite sixteen-year-old went on to the two-day open test on Monday and Tuesday. Being the first four days in the Ligier JSF4 outside a few test days at Carolina Motorsports Park, Mann progressed through the on-track days and continued his trend of upward development. Started karting very late compared to his peers, Mann has only been involved in motorsports for two years but lives and breathes the sport as he strives to make a name for himself.

Picard continued, “Luke has taken a great approach to his first year. He gelled with our Engineer well and he is the missing piece that Momentum Motorsports was looking for. Welcome to the family Luke.”