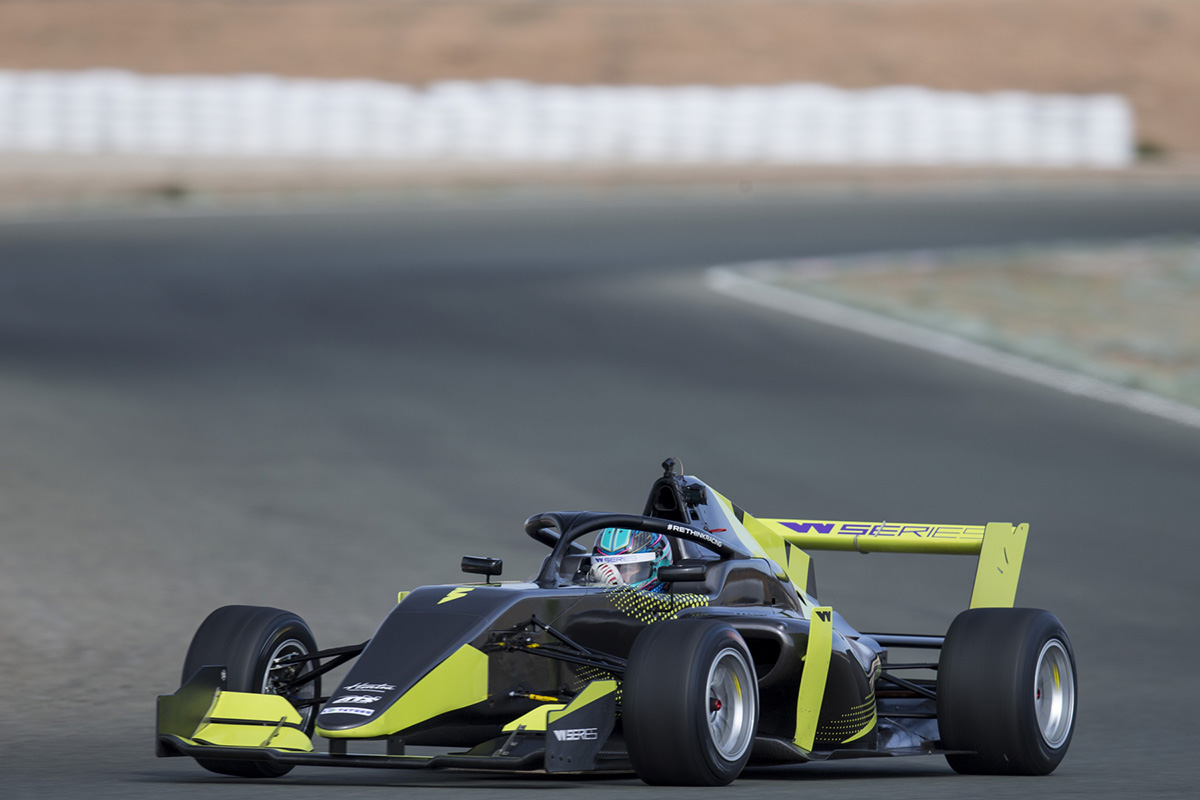 With the start of the 2019 season only a few days away, Momentum Motorsports is pleased to confirm their driver lineup for this weekend’s F3 Americas Powered by Honda season opener. Entering a pair of drivers, Kent Vaccaro will be joined by newly announced W Series competitor Shea Holbrook in a two-driver program. Set to take on the 16 turn, 2.38-mile Barber Motorsports Park, the Montgomery, New York based program will look to turn their off-season testing speed into race winning results.

“We had some great tests with Kent and can’t wait to get the season started,” explained Phil Picard. “Shea was present during one of our test days and in a last minute deal, that was actually confirmed only on Monday, she will compete this weekend. It has been a big undertaking from the acquisition of a car, hiring of crew and getting everything organized as our program literally doubled over night.”

“What can I say!” expressed Holbrook. “It has been a whirlwind few months and I am super excited to get behind the wheel of a Momentum Motorsports F3 at Barber Motorsports Park. Though the deal was put in place rather quickly, I have complete confidence in the team and their equipment and could not have asked for a better program to partner with.”

Picard continued, “We have been extremely focused on finding speed in our F3 Americas Ligier machine and feel confident heading into the season. Adding Shea as a second driver next to Kent only strengthens our efforts. It is going to be a jam-packed weekend and a good opportunity to compete in front of some substantial size crowds. The F3 Americas car count has increased tremendously from 2018 so I think we will be in for a great year of competition.”

With the F3 Americas Presented by Honda kicking off this weekend, the F4 United States Championship campaign is less than three weeks away. With a pair of F4 machines ready to attack the 2019 season, race-winning equipment and crew await a driver looking to challenge for the title.

“We are looking to run a pair of driver and car combinations in F4,” added Picard. “Our cars were some of the fastest ones at the end of the 2018 season and are ready to go. While other programs are offering discounts to put drivers in the seats, our cars are proven and ready to help a driver achieve success.”

A slightly different race week schedule for Momentum Motorsports this week as Vaccaro and Holbrook will take to the track on Thursday for a pair of Promoters Test Sessions before the standard two practice sessions on Friday. Saturday will see one qualifying session and the first wheel-to-wheel action of the series with race one. Race two will take place on Sunday morning just ahead of the NTT IndyCar Series warm-up.

Stay tuned to the Momentum Motorsports social media pages for news, information, and photos from the event courtesy of RTD Media and Management.