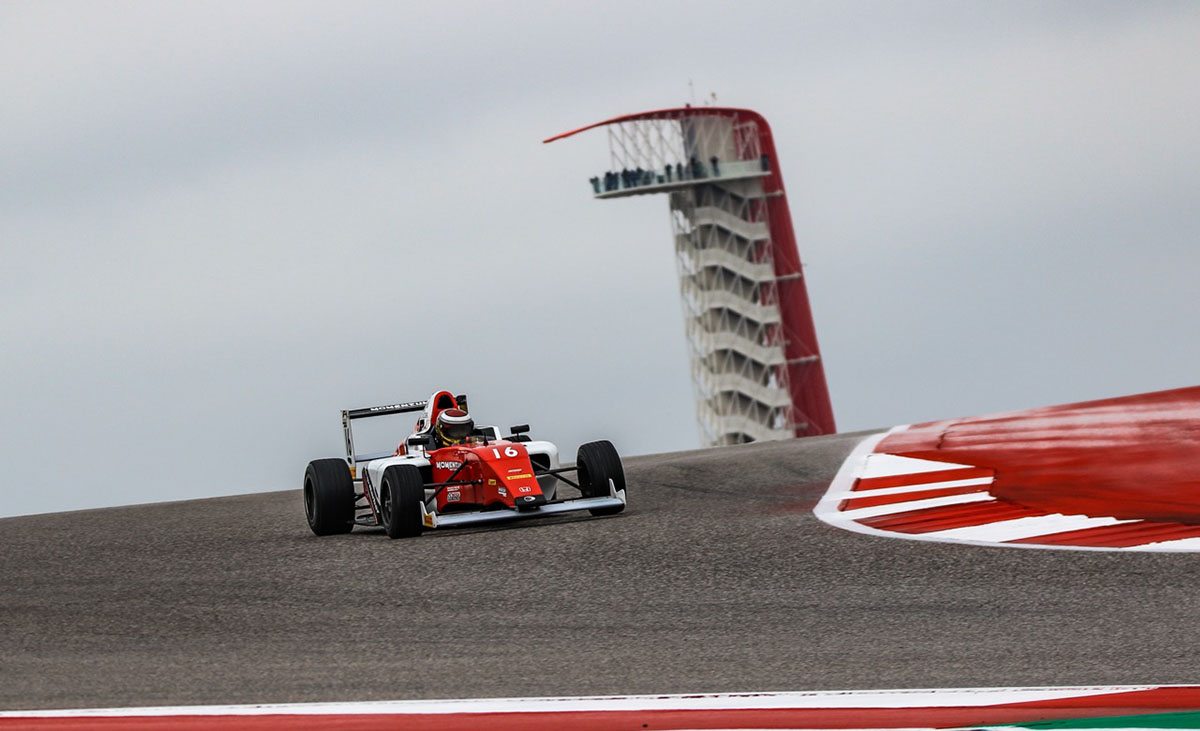 Continuing to power through the last half of the 2018 F4 United States Championship Powered by Honda season, Kent Vaccaro and the Skip Barber Momentum F4 program claimed more points in the series finale. Running alongside the Formula One World Championship at the famed Circuit of the Americas (COTA), Vaccaro steered his Momentum entry into a pair of top-ten finishes after qualifying outside the top-15 in wet weather competition on Friday.

With threatening weather throughout the weekend on only one rain soaked practice session on Friday, Vaccaro was forced to qualify on a damp circuit and was only able to secure the 15th quickest time amongst the strong field of 33 drivers. Moving forward in the first wheel-to-wheel action of the weekend, the Skip Barber Momentum F4 entry vaulted into the top-ten. 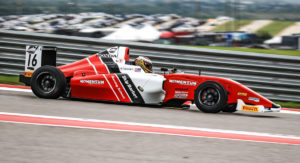 “Kent drove a very respectable and smart race,” explained Phil Picard, Owner of Skip Barber Momentum F4. “He methodically worked his way into the top-ten and eventually took the checkers in the eighth position. While we all wanted more, our car showed speed as our times put us right in the mix with the leaders. With a jam packed schedule this weekend, track time is limited but Kent was able to bring the car home in one piece and we live to fight another day.”

Lining up P8 for Sunday morning’s race two, and in front of a packed house of Formula One fans, Vaccaro was able to add his second top-ten finish of the weekend as well as another double points scoring weekend. As one of the hottest programs in the last half of the season, the Skip Barber Momentum F4 driver, team and complete program showed solid pace and will be a threat in 2019 and onwards.

Picard continued, “We ended the season well and we really progressed through the last half of the year. We now have a program that can fight with the bigger teams in the series.”

With the final event weekend now concluded, the Skip Barber Momentum F4 outfit is already working on 2019. Housing their trailer and three F4 machines in warmer climates, the New York based team is welcoming new and existing drivers who are looking to try their hand behind the wheel of an F4 car or are looking at the F4 United States Championship Powered by Honda as an option in 2019. With an intensive winter testing program planned and test dates booked, the seats are open and ready.