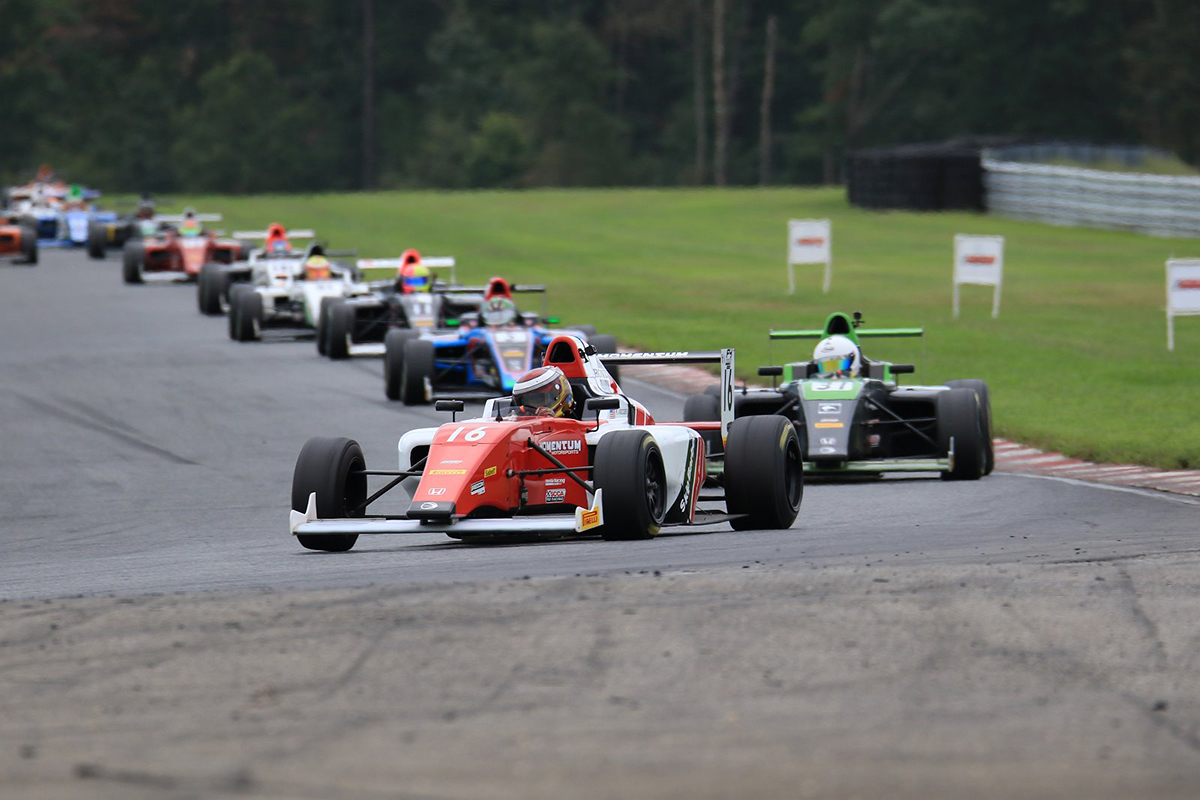 Taking place at the New Jersey Motorsports Park (NJMP) facility in Millville, New Jersey, it was a career weekend for Skip Barber Momentum F4 driver Kent Vaccaro and a stellar debut for F4 newcomer William Lambros. With a top-five result, a pole position and a drive from the tail of the field to gain 25 positions in race three, Vaccaro had a career weekend while Lambros’ debut was filled with consistent improvements throughout the weekend with his best result coming during the final on track session on Sunday.

“What a weekend,” expressed Team Owner Phil Picard. “We were able to show the speed of our cars with Kent, who had a career best weekend, as well as how we can groom a new driver and improve his pace and results throughout the weekend. This will provide us great momentum going into the final event weekend of the year at COTA. We may even run a third car there if the opportunity presents itself.”

Kicking off the weekend with qualifying on Saturday morning, Kent Vaccaro claimed the 11th quickest time of the session, while Lambros was involved in an incident early in the session that negated him from getting up to speed as he was forced to start race one from P28.

Vaccaro was a machine throughout the first wheel-to-wheel action as he consistently claimed fast lap after fast lap en route to a fifth place finish, a career best for the up and coming driver. Scoring the fastest lap of the race, Vaccaro also secured the pole position for race two and would lead the field to the green. Fellow Skip Barber Momentum F4 driver William Lambros improved from his 28th starting position to move forward six positions and come home 22nd, a great result for his debut race.

Picard added, “Saturday was a good day for our team, our drivers and our partners. Kent is really showing his pace as well as the pace of our car, and William drove like a veteran in his first ever series start.”

Back to the track on Sunday, Vaccaro started race two from the pole position and was looking to capitalize. Falling back to second and looking to make a pass for the lead, Vaccaro spun in turn two and high sided himself on the grass causing a yellow flag. Though he was able to continue, albeit a lap behind his competitors, Vaccaro was eventually classified in the 31st position.

Lambros once again marched his way forward. Starting inside row 13 in the 23rd position, Lambros remained consistent in his positions gain, crossing the stripe in 17th. Improving pace and his comfort level with each passing session, the Skip Barber backed driver was excited for the third and final race of the weekend. 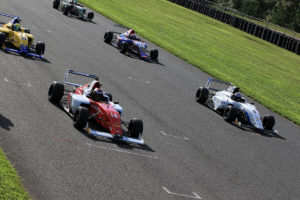 Vaccaro continued his weekend success as he ended his Sunday with another top-ten, in the sixth position. Coming from the tail of the field, Vaccaro passed 25 cars as he sliced and diced his way through the field to put a stamp of authority on his speed. Lambros was once again moving forward and after taking advantage of some key situations, the rookie driver ended his day in P13.

Picard continued, “I am really proud of both Kent and Will. They both drove incredibly well and left their best efforts out on the track this weekend. I am also very proud of my team and their constant drive to continually improve and showcase the speed of our Skip Barber Momentum F4 machines.”

The Skip Barber Momentum F4 team will now prepare for their season finale event that will run alongside the Formula One World Championship at the famed Circuit of the Americas. With a couple fully prepared F4 cars available, anyone looking to compete at a world-class facility on the world stage is asked to contact Skip Barber Momentum F4.