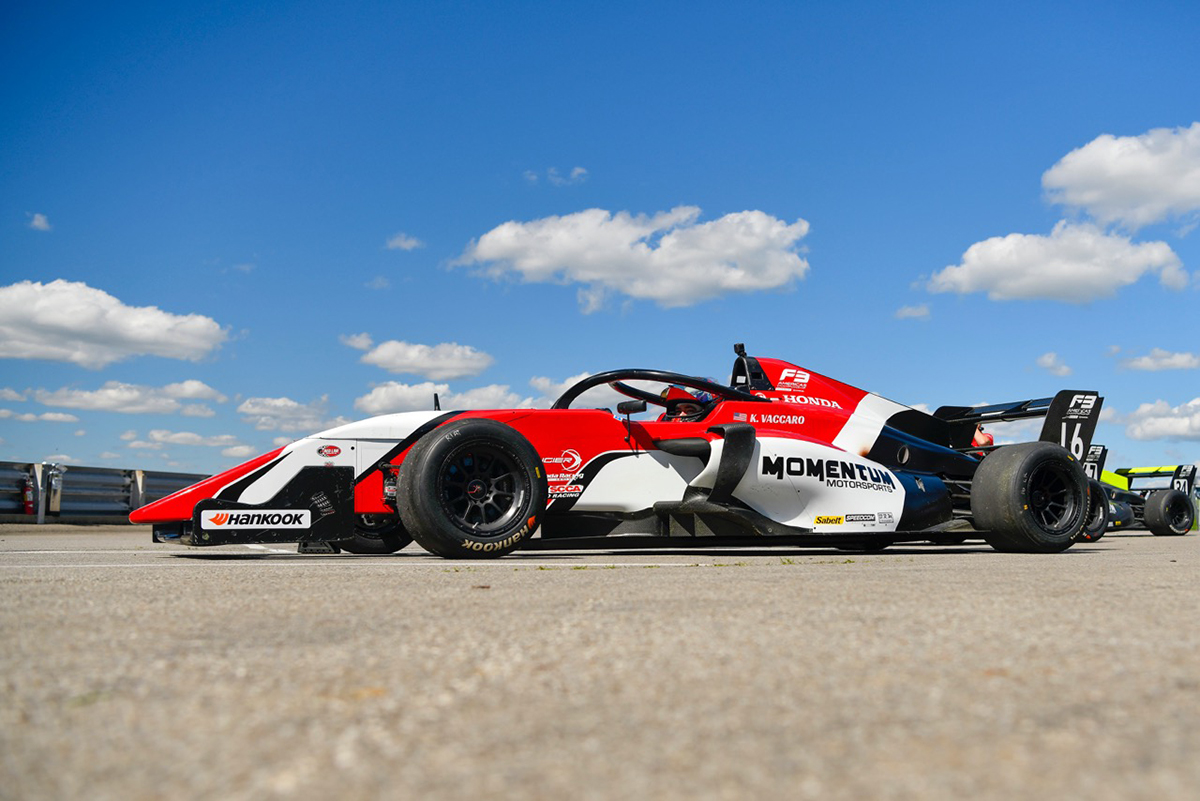 As the F3 Americas Powered by Honda series enters the second half of the season this weekend at the Virginia International Raceway (VIR), Momentum Motorsports will push forward with three fierce and competitive drivers. Ready to attack the race weekend, long-time Momentum Motorsports competitor Kent Vaccaro will be joined by W Series drivers Shea Holbrook and Megan Gilkes as the trio looks to add to the team’s success as of late.

“Our cars are fast, we have great engineering, a solid crew and our preparation work is second to none,” explained Phil Picard, Owner of Momentum Motorsports. “We have been on the podium a few times this season with three different drivers, claimed a pole position with another driver as well as earned a Hard Charger Award, but we really want to flex our muscles in Virginia and stand atop the podium.”

With a short trip to VIR from their shop in Montgomery, New York, Momentum Motorsports has a knack of performing well at the historic facility in the F4 United Stated Championship Powered by Honda program.

Picard continued, “In F4 we had the pace at VIR, and I think our F3 cars are even better prepared. Our three drivers mesh and work very well together while learning and feeding off of one another.”

Fresh off a podium at the most recent round with Quinlan Lall, Momentum Motorsports will look to build off the success from the young driver. Replacing Lall for the VIR rounds will be Shea Holbrook, who was forced to miss the Pittsburgh event a few weeks ago due to prior obligations.

Picard added, “We were and are still working hard to get our reserve driver Quinlan back in a car as soon and as often as possible. He is a real talent behind the wheel and a driver that can bring a lot to both the team and series as a whole.”

Momentum Motorsports and the rest of the F3 Americas Powered by Honda teams will hit the track this coming Friday for official practice while qualifying and round nine will take place on Saturday. Sunday will be the homes of rounds ten and eleven. Be sure to follow news, photos, results and information from the event on the Momentum Motorsports social media pages.